Black Stone Cherry on the Skydeck 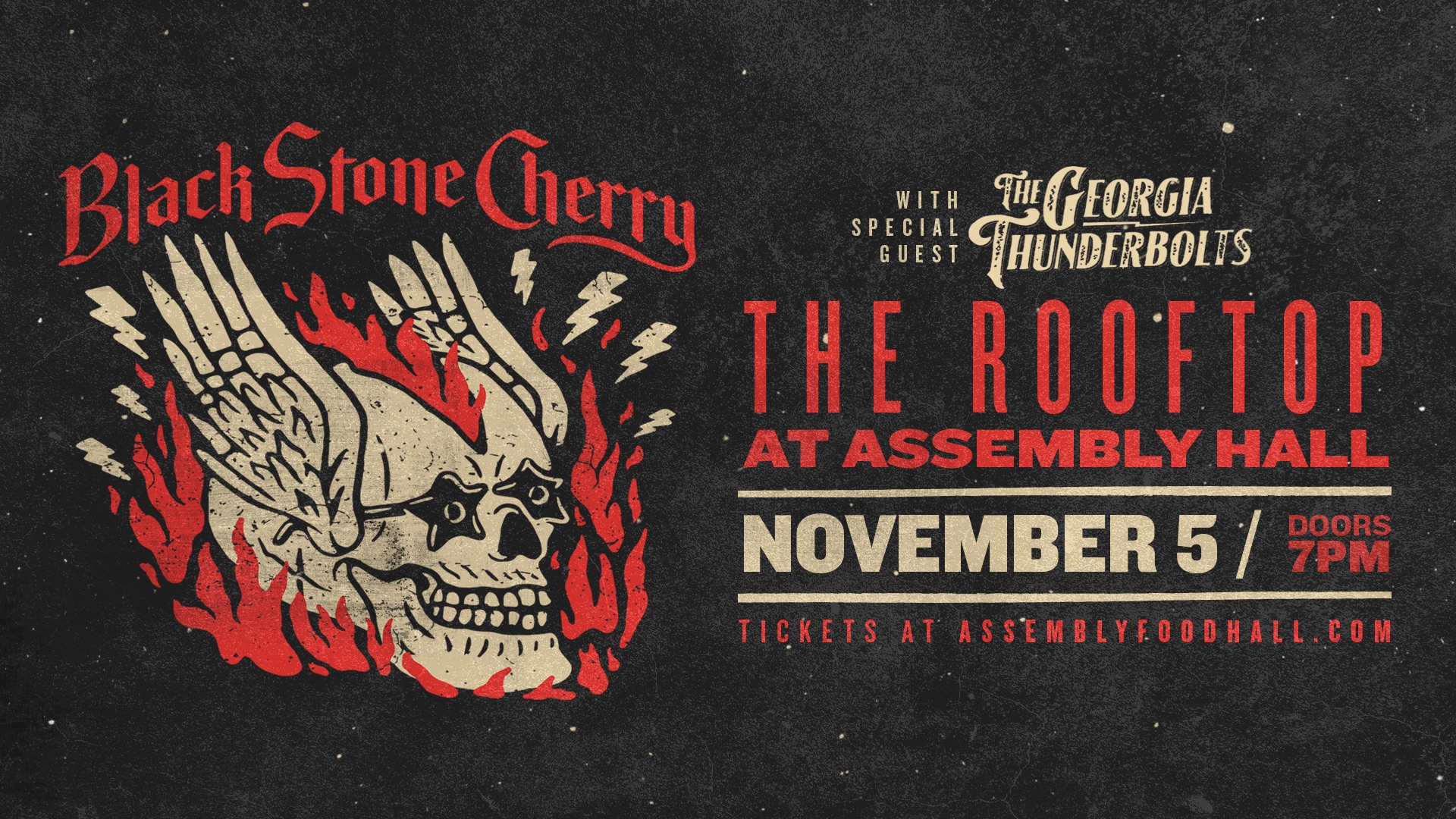 Assembly Hall is excited to announce Black Stone Cherry on the Skydeck on November 5th with special guests, The Georgia Thunderbolts!

Grab a craft cocktail and food from any one of the 30+ eateries and bars at Assembly Food Hall and enjoy Nashville’s Largest Rooftop, Skydeck!

Skydeck opens at 1pm daily with cocktails and the best views in Nashville!

Family comes first—you can never forget who was there with you from the start. The Edmonton, Kentucky-based rock n’ roll quartet Black Stone Cherry was raised on musical forefathers such as Cream, Led Zeppelin, Muddy Waters, and the Faces, among other 1970s staples, and, now, with its sixth album, Family Tree, BSC salutes its classic rock heritage and honors its legacy with a beast of a Southern rock n’ roll album.

“We caught divine intervention with this one,” guitarist Ben Wells says with a good chuckle. “We hit a creative spark and tapped into a spirit and a fire we hadn’t before.” Drummer John Fred Young adds: “Family Tree showcases all of our collective musical influences and how we have taken those to create something that is truly our own unique Southern American Rock ‘N Roll Sound.”

For 17 years, Black Stone Cherry has put forth a new vicious breed of Southern rock, injecting youthful vitality and a myriad of fresh new influences into the beloved American rock tradition. To date, the band has released five critically acclaimed albums, and one well-received blues EP. Black Stone Cherry has also rocked 12,000-cap arena shows, topped the UK charts, and shared the stage with a diverse roster of superstars, including Def Leppard, Lynyrd Skynyrd, Bad Company, Motörhead, and ZZ Top.

Black Stone Cherry came together in 2001 in Edmonton, Kentucky, eventually coalescing around the lineup of Chris Robertson, vocals and guitar; Ben Wells, guitar and vocals; Jon Lawhon, bass and vocals; and John Fred Young, drums.  Young’s dad Richard, and his Uncle Fred, are two members of the iconic country-fried rock n’ roots band The Kentucky HeadHunters, and the high school-aged boys came up honing their craft in the group’s Practice House, a 1940s bungalow.

“We grew up in the Kentucky Headhunters’ rehearsal space, looking up at posters of Cream, Led Zeppelin, Uriah Heep, the Stones, Montrose, and the Faces. We were like kids someone took in a time capsule and put in the woods,” says drummer John Fred Young.

Like the band’s previous album and EP, Black Stone Cherry opted to self-produce and track Family Tree at David Barrick’s Barrick Recording, the same studio where BSC recorded its self-titled debut and Kentucky albums . BSC also opted to not over-rehearse in advance of the album, instead preferring the immediacy and spontaneity of in the-moment takes. “There was a lot of laughter in the studio this time, and an air of comfort because we had self-produced the last few releases. It helped us get down to the nitty gritty bones of our music,” says bassist Jon Lawhon. The band also entrusted guitarist and vocalist Chris Robertson to mix the album. This homespun approach perfectly suited the loose but epiphanic creative sessions that birthed Family Tree.

Family Tree boasts BSC’s tried-and-true lucky number with its 13 songs, and, like all BSC releases, features songwriting contributions from each member. The result is a modern and meaty blues-based rock album, with unexpected sonic twists like punchy horn sections, barrelhouse pianos, Southern gospel organ, atmospheric synthesizer passages, and forays into funk and country.

Two special guests bring Family Tree full circle, one being Chris’ 5 year-old son singing backup on the brawny swaggering “You Got The Blues,” and the other being jam band icon Warren Haynes’ vocal and guitar cameo on the delta stomp of “Dancing In The Rain.” The band first met Warren 17 years ago when they first came to New York to showcase for their new label. “I remember coming to New York when we first were signed, and hearing Warren’s voice behind me the minute my feet hit the street,” recalls bassist Jon Lawhon. “Hearing him play on this track all these years later gave me chills.”

Having Warren guest on the album was a wonderful gesture of “you’re in the family now.”  It was truly a validation of all the miles the band has clocked on tour, and the dues the guys have paid being away from home.  “It’s amazing to me how four good old boys from nowhere Kentucky can still be around 17 years later,” singer/guitarist Chris Robertson says. Ben Wells concludes: “I don’t remember how life was outside of Black Stone Cherry. The four of us are family.”

Black Stone Cherry on the Skydeck 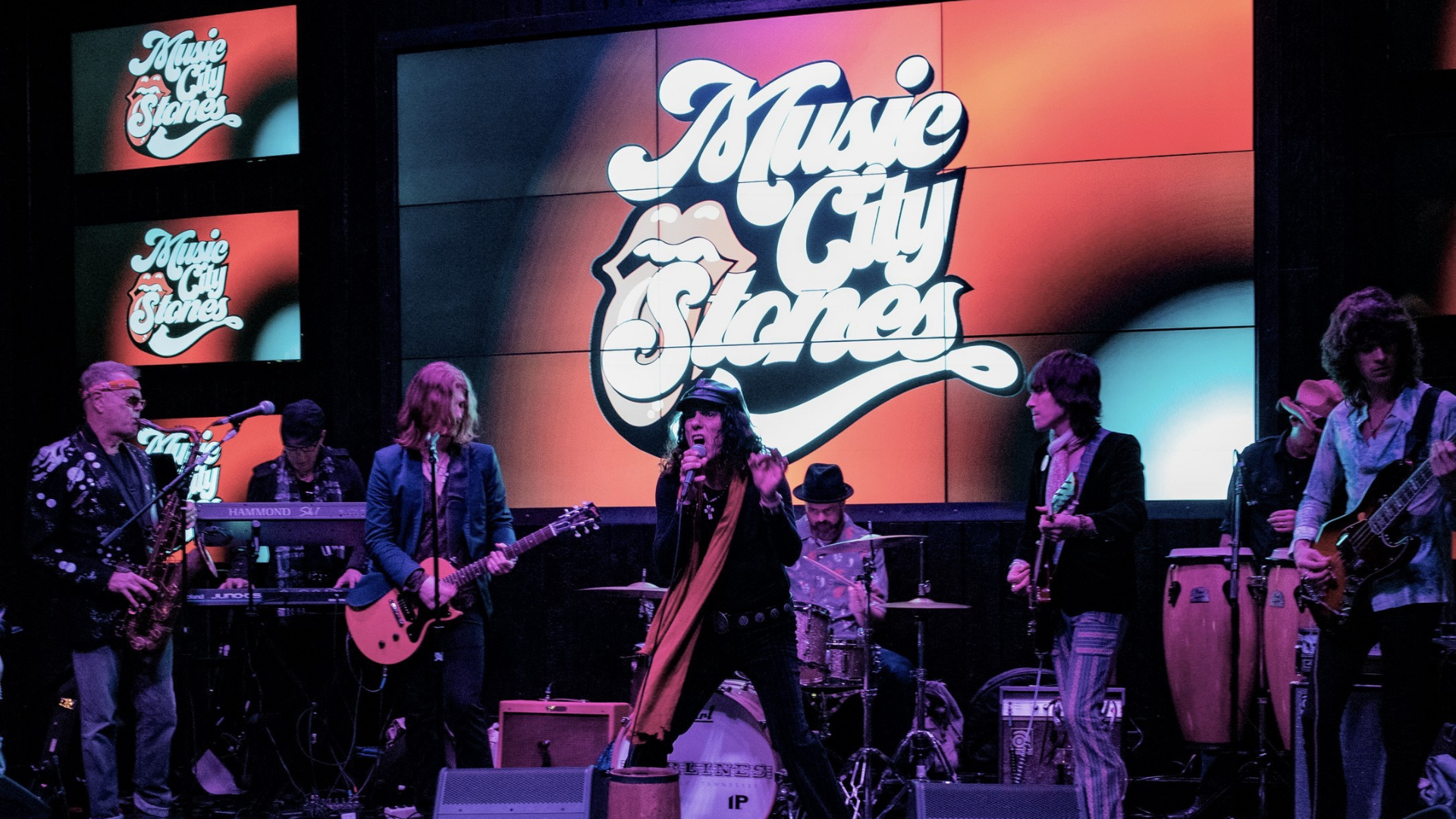 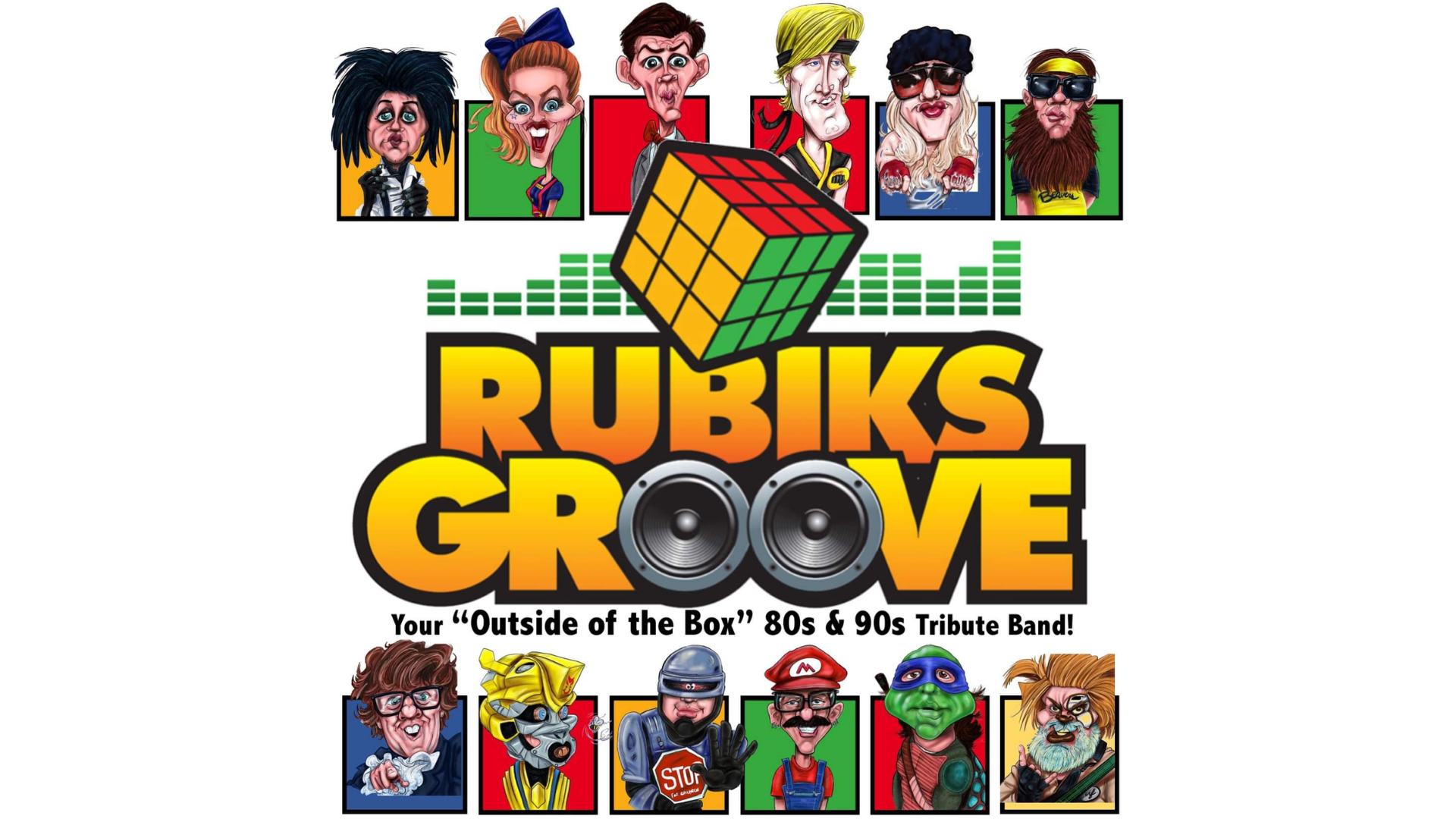