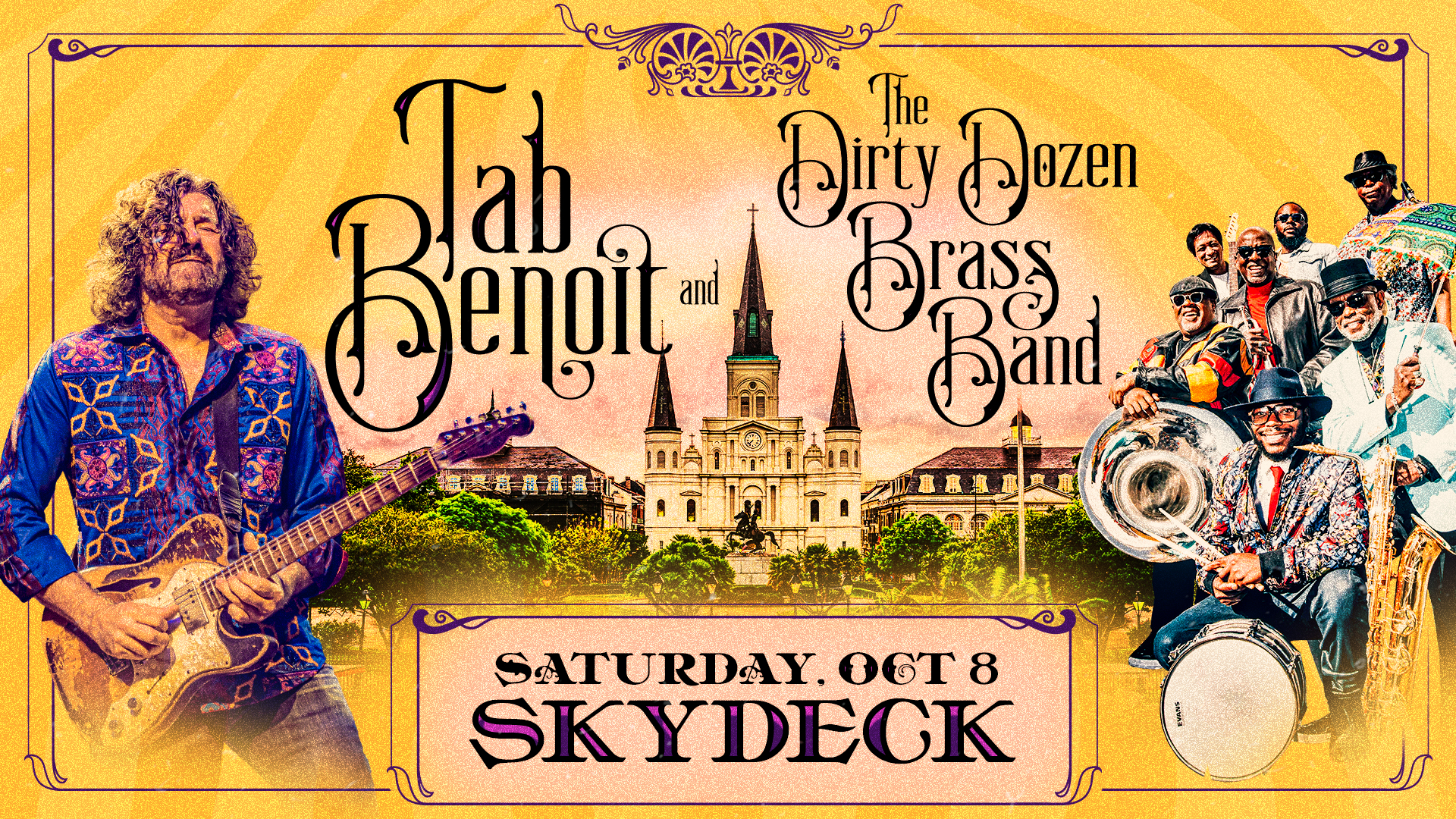 Join a legion of fans on Nashville’s Largest Rooftop and get wrapped up in the gritty and soulful Delta swamp blues of Tab Benoit.

Celebrating over 40 years since its founding in 1977, New Orleans-based Dirty Dozen Brass Band has taken the traditional foundation of brass music and created their own ‘musical gumbo’ with a blend of Bebop Jazz, Funk and R&B/Soul. You won’t want to miss it.

Come early for dinner and drinks at Assembly Food Hall with 30+ eateries and bars to choose from!

Tab Benoit is a Grammy-nominated singer, songwriter and guitarist who has built a remarkable 30+ year career on the foundation of his gritty and soulful Delta swamp blues, acquiring a devoted legion of fans along the way, as well as 5 Blues Music Awards, including BB King Entertainer of the Year (twice) and induction into The Louisiana Music Hall of Fame. He has recorded and/or performed with Junior Wells, George Porter Jr, Dr. John, Willie Nelson, Big Chief Monk Boudreaux, Billy Joe Shaver, Maria Muldaur, James Cotton, Cyril Neville, Kenny Aronoff, Allen Toussaint, Kim Wilson, Jimmy Thackery, Charlie Musslewhite, Kenny Neal, Chris Layton, Ivan Neville, Jimmy Hall, Jim Lauderdale, Anders Osborne, and Alvin Youngblood Hart to name a few. Tab’s accomplishments as a musician are matched only by his devotion to the environmental health of his native Louisiana wetlands. Benoit is the founder and driving force behind Voice of the Wetlands, an organization working to preserve the coastal waters of his home state. In 2010, he received the Governor’s Award for Conservationist of the Year from the Louisiana Wildlife Federation. Benoit also starred in the iMax motion picture Hurricane on the Bayou, a documentary of Hurricane Katrina’s effects and a call to protect and restore the wetlands.

Their unique sound, described by the band as a ‘musical gumbo,’ has allowed the Dirty Dozen to tour across 5 continents and more than 30 countries, record 12 studio albums and collaborate with a range of artists from Modest Mouse to Widespread Panic to Norah Jones. Forty-plus years later, the Dirty Dozen Brass Band is a world-famous music machine whose name is synonymous with genre-bending romps and high-octane performances.

The Skydeck rooftop stage is an outdoor venue and is not completely covered. When severe weather conditions exist in close proximity to Assembly Hall, we may choose to delay a performance for an hour or more, before deciding to cancel or proceed. Guest safety is our primary concern. If weather conditions dictate, we may have to cancel a show. We encourage all guests to dress for potential weather changes. Umbrellas are not admitted into the venue during concerts. 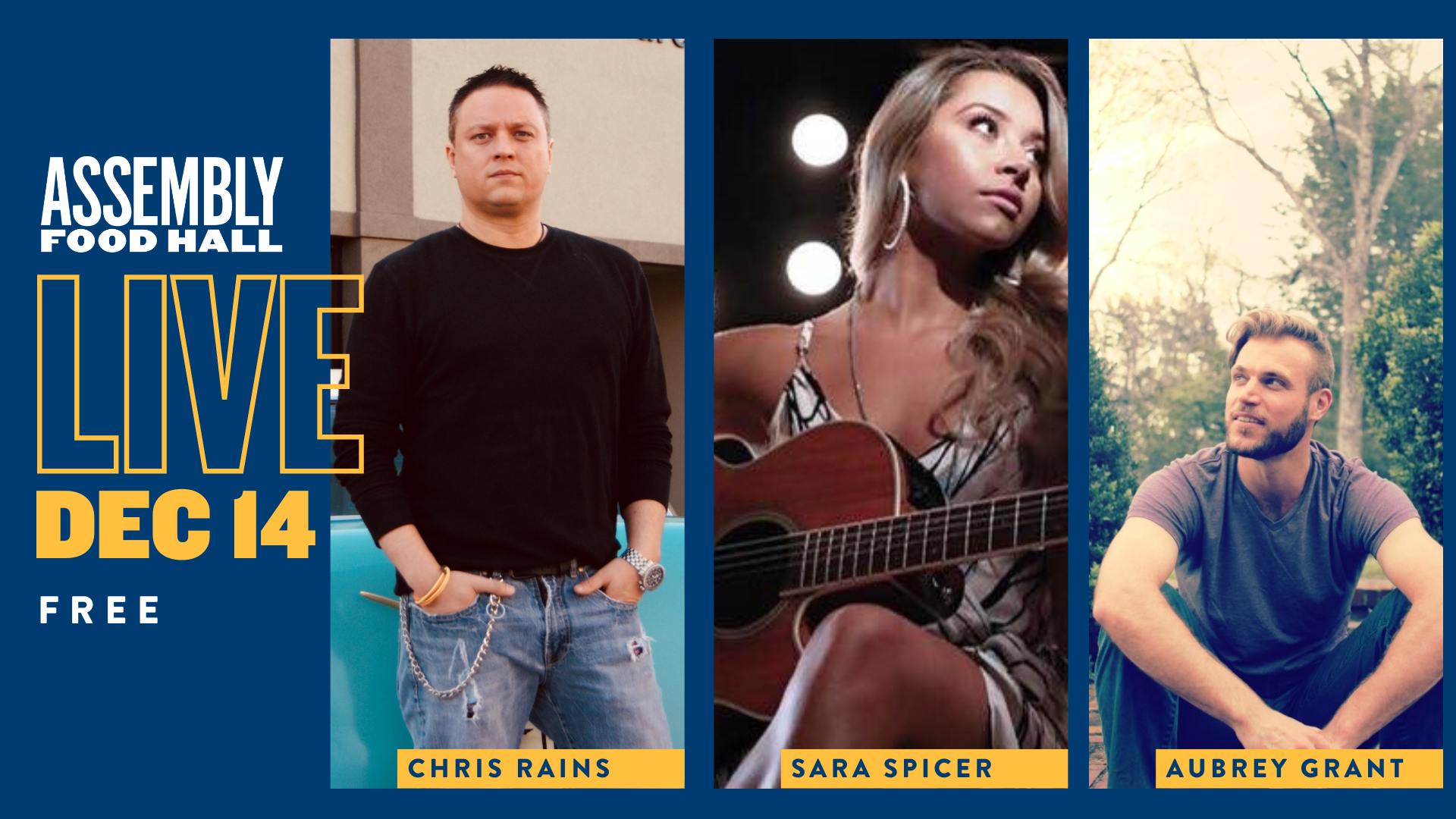