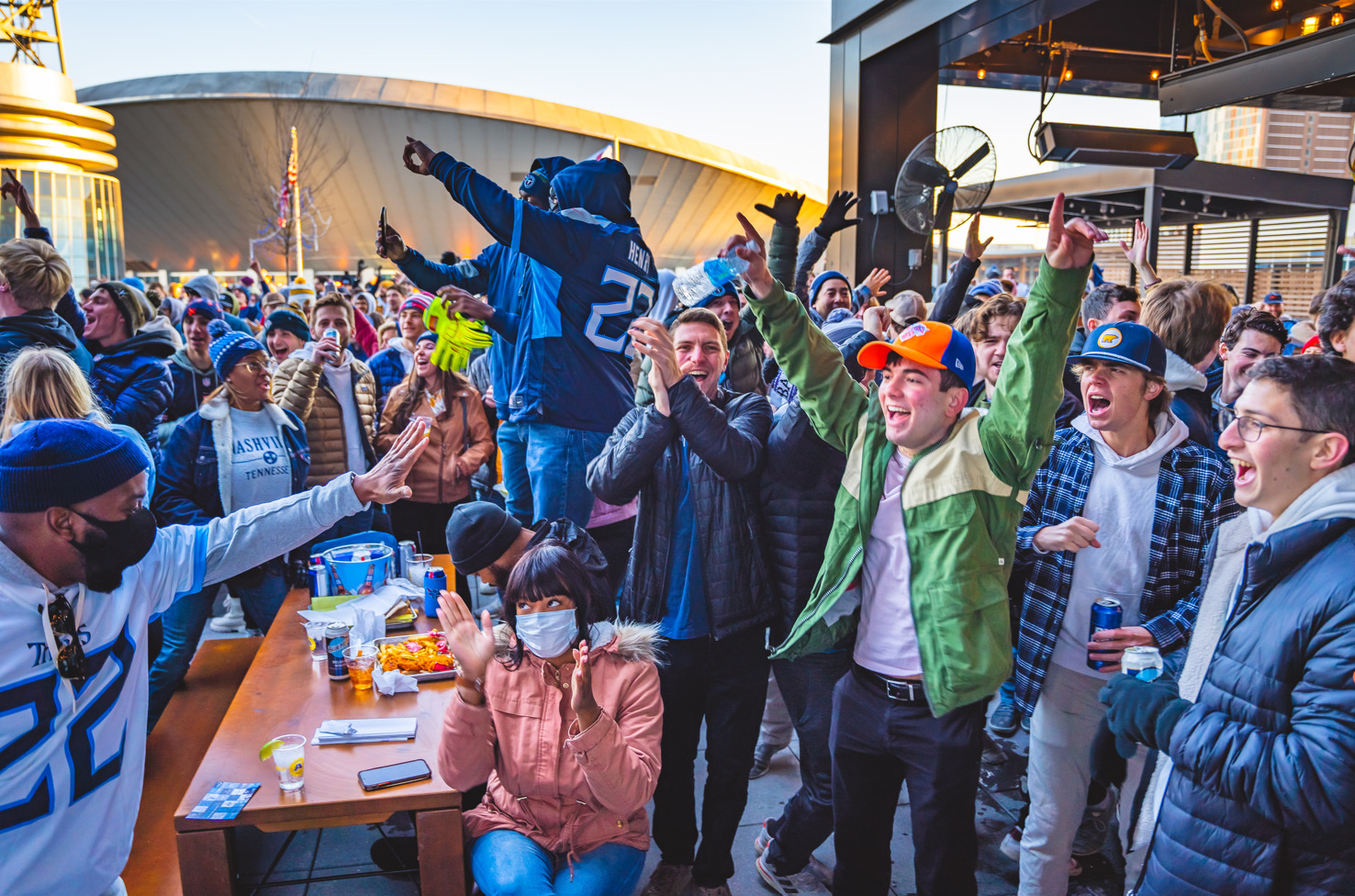 Can’t make it to the stadium? That’s okay, you’re in luck! We’re rounding up the best places to watch the Tennessee Titans play at Assembly Food Hall. Gear up, we’re about to brag.

SKYDECK ON BROADWAY – FOR THE FANATIC 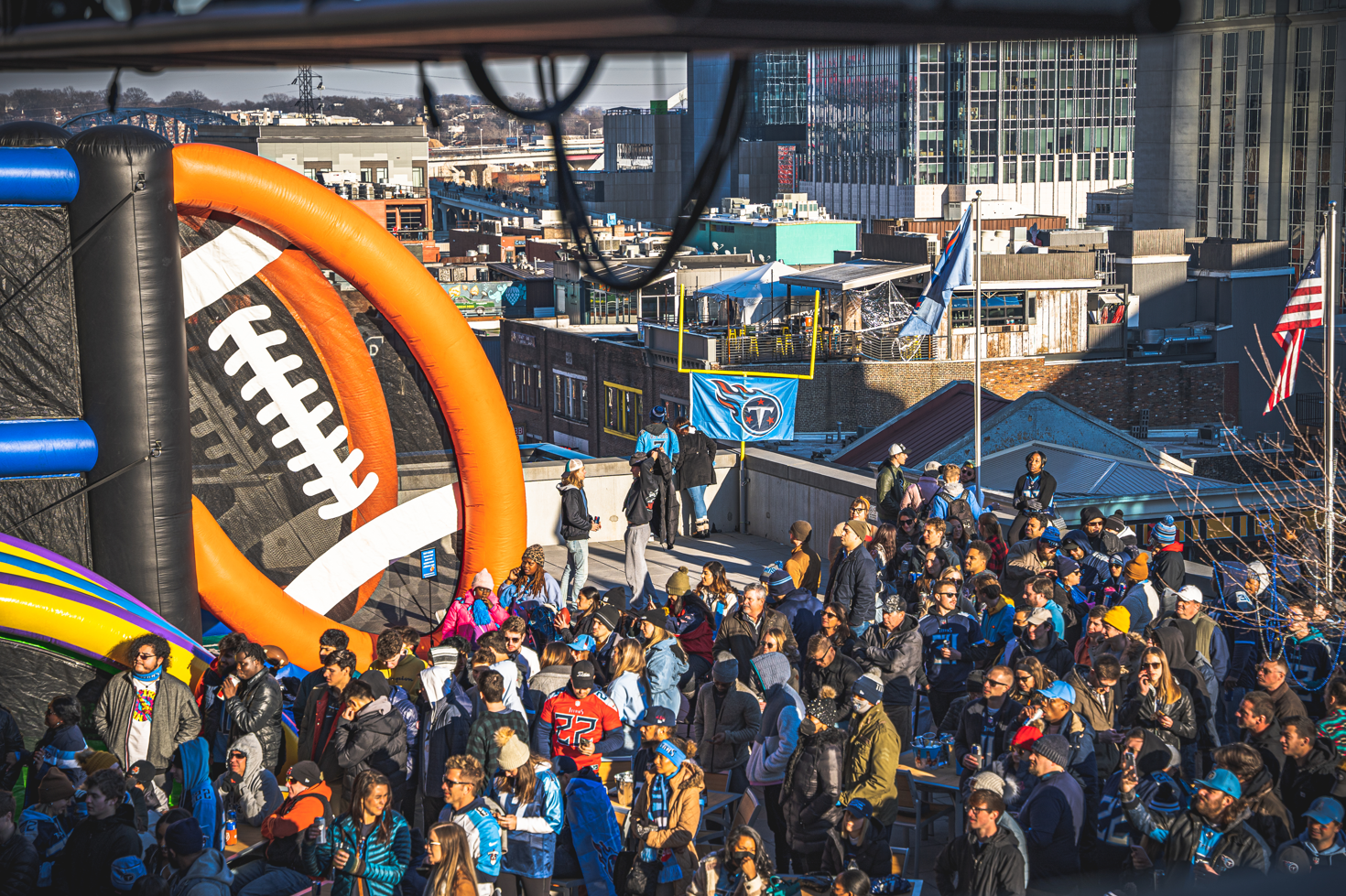 Usually, we save the best for last, but we’re too excited. First up, we take a look at Assembly Food Hall’s rooftop venue, Skydeck. Skydeck is home to Broadway’s largest rooftop in Nashville connected to the largest Food Hall in the North America. We told you we’ve earned bragging rights. Come watch the Titan’s play on Skydeck’s HUGE big screen. Grab a $25 beer bucket or a Titan’s specialty drink (or both) and you’ve set yourself up for a good time. Seating is first come first serve, but to guarantee seating, reserve a table! Pro tip: Use your outside voice when cheering.

HOMEGROWN – FOR THE “I CAME FOR THE BEER” FAN 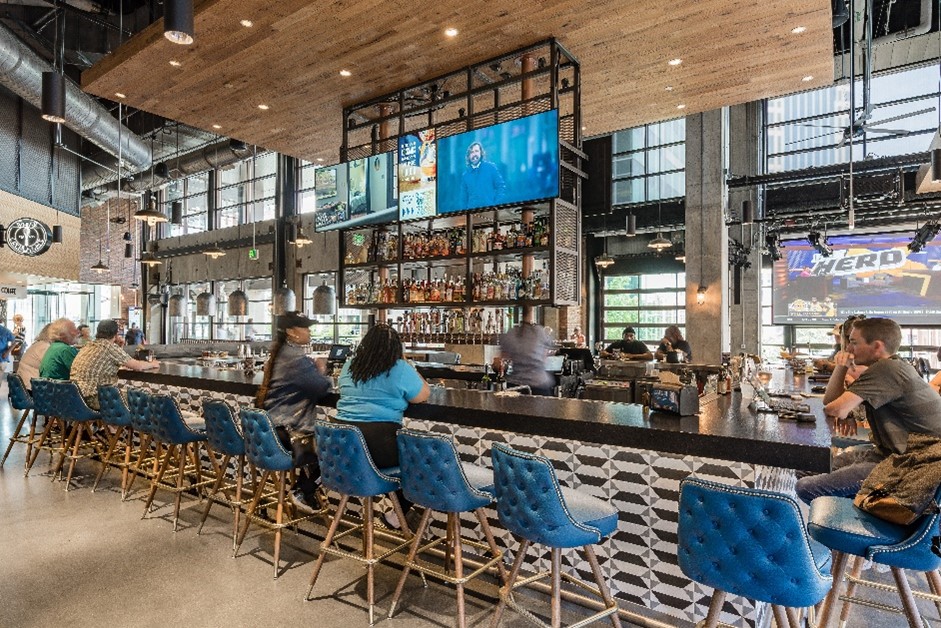 You can’t watch a game of football without a beer in hand, right? If you agree, Homegrown is your place to be. Located on the North Side of Assembly Food Hall, Homegrown offers 30+ draft beers including favorites from Nashville’s best breweries. With multiple tv’s, 30+ eateries at your fingertips, AND beer, Homegrown takes spot #2 for best place to catch the game at Assembly Food Hall.

AGAVE MARIA – FOR THE FOODIE FAN 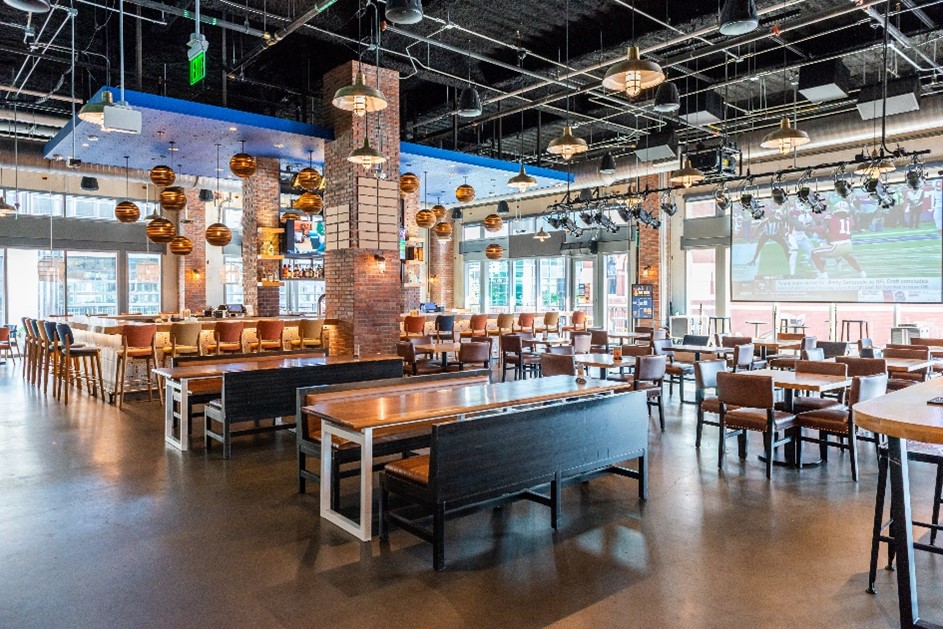 Eat and drink while never missing a second of the game.  Located on the second floor of Assembly Food Hall, Agave Maria is all about tequila and touchdowns! Did we mention the clear shot view of South Stage’s projector screen? So grab a drink, a bite to eat, and a seat!

SINGLE BARREL – FOR THE CALM AND COLLECTED FAN 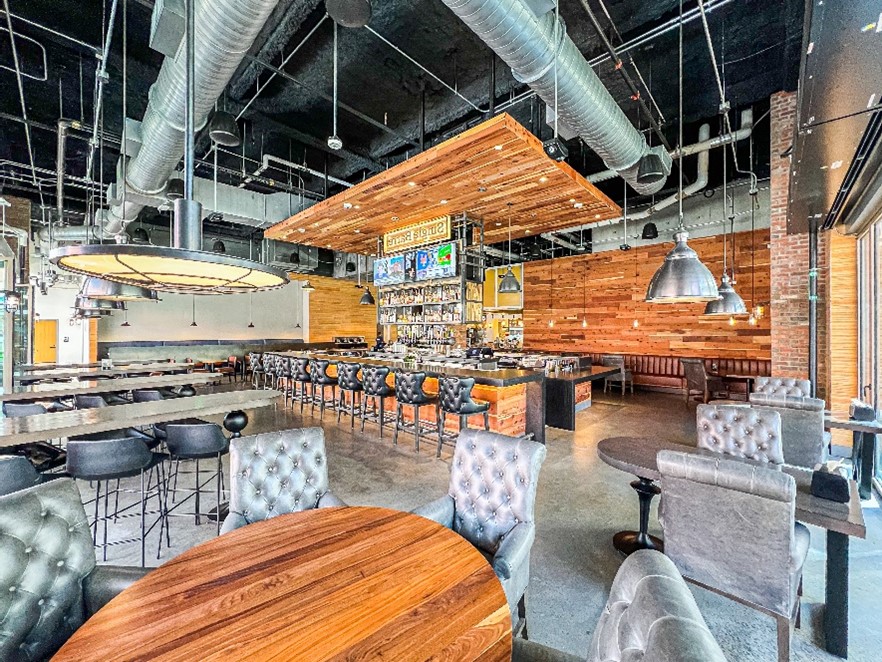 Need a break from the rooftop madness? Head on down to Single Barrel. Tucked away in a leather draped corner of Assembly Food Hall, this bar is a place to sit back, sip whiskey, and watch some football.

And that’s a wrap! We can’t wait to see you. Go Titans!

For parties of 10 or more, contact Jamie.patrick@assemblyfoodhall.com to reserve your space. 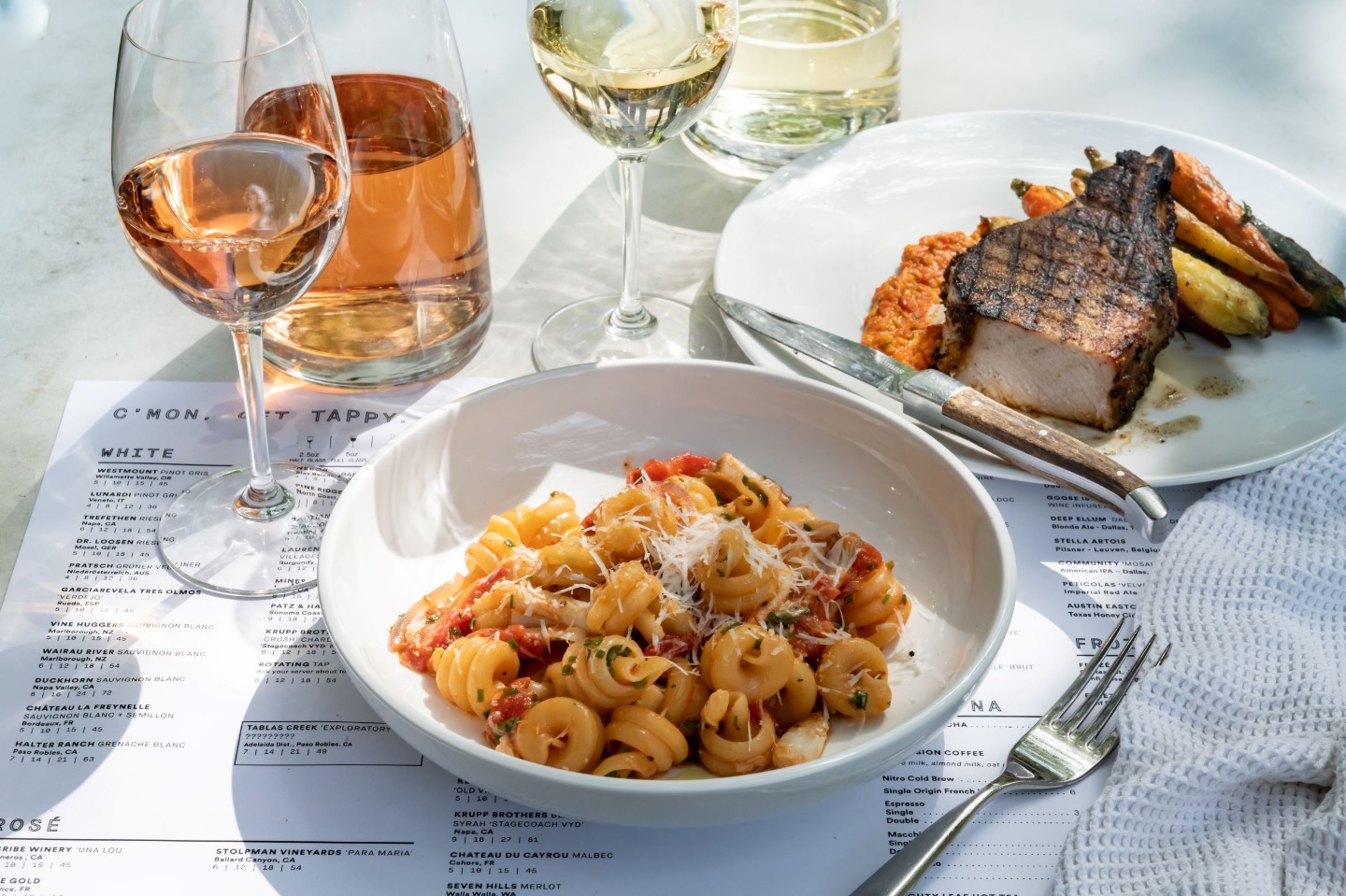 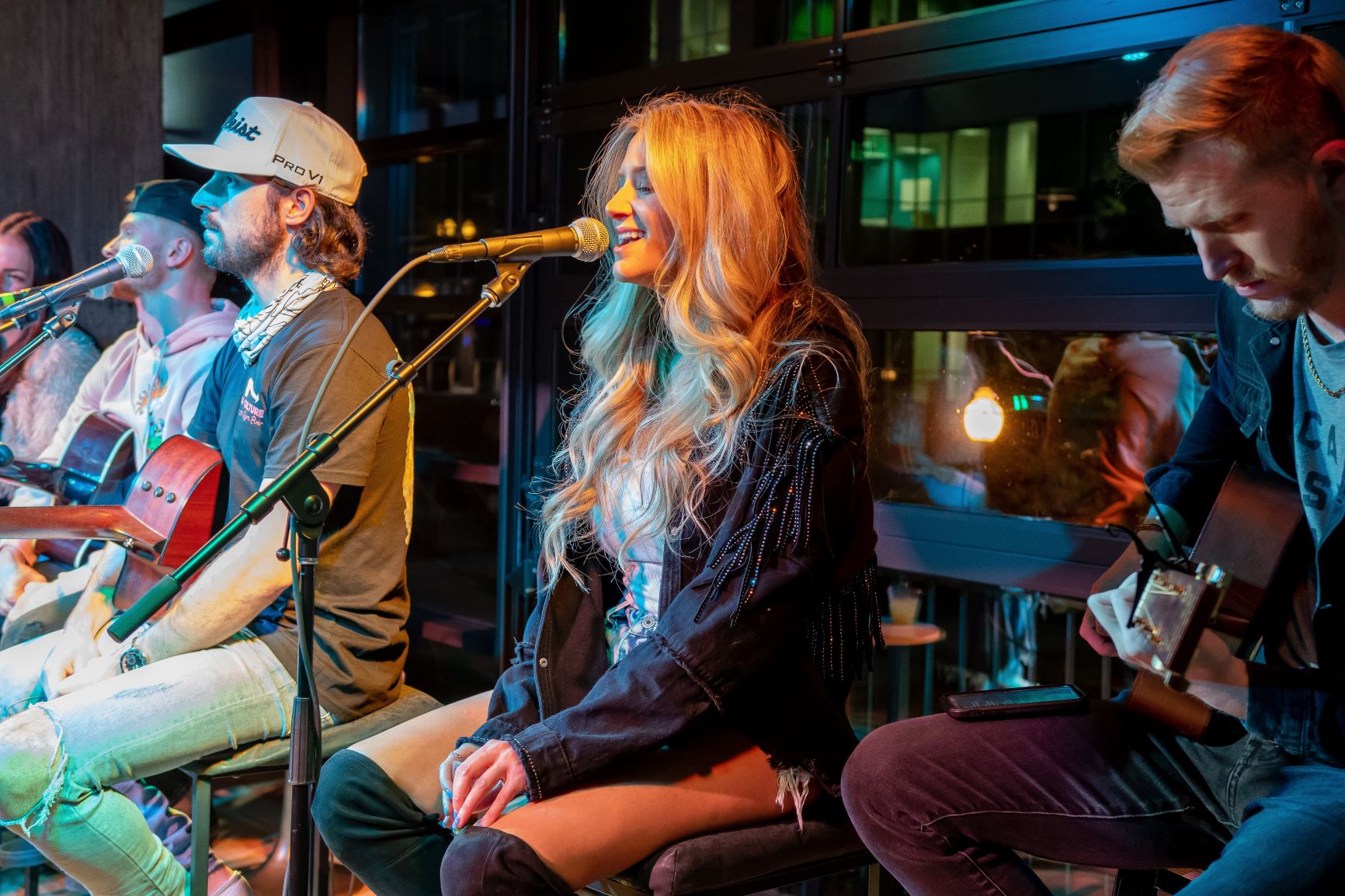 Guide To The Round Downtown